You are here: Home1 / About Texas Longhorns Australia Inc. 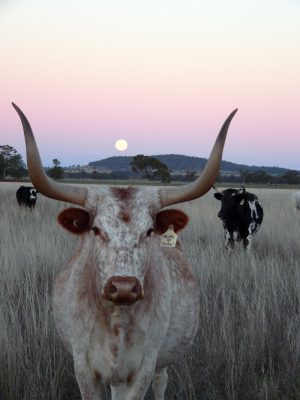 Texas Longhorns Australia (TLA) was established in 2008 as a social group by the three founding members John Bastardi, Don Constable & Geoff Dawson. On the June long weekend in 2010, on the night before the first TLA annual sale, a meeting was held and it was decided to incorporate the association. Shortly after “Texas Longhorns Australia Inc” was formed.

Since the beginning Texas Longhorns Australia has spread its wings and has members in all states of Australia, plus members in Indonesia, the USA and Canada.

The objectives of TLA are to:-

In 2012 the TLA took a bold step to commence a Texas Longhorn Registry in Australia. Even though many of our members have, and will continue to register their fullblood longhorns in the USA with the Texas Longhorn Breeders Association of America (TLBAA) and the International Texas Longhorn Association (ITLA).

The TLA registry was initially opened to graded up Texas Longhorns and an extensive classification system was instigated to allow graded up longhorns to enter the registry for a limited period. That provision is now closed and only offspring by the graded cows and full blood and purebred longhorns cows can be entered in the registry.

Tight controls over the bulls that were allowed to be registered were undertaken and only Purebred and Fullblood Bulls were allowed into the registry.